How to choose competent cells 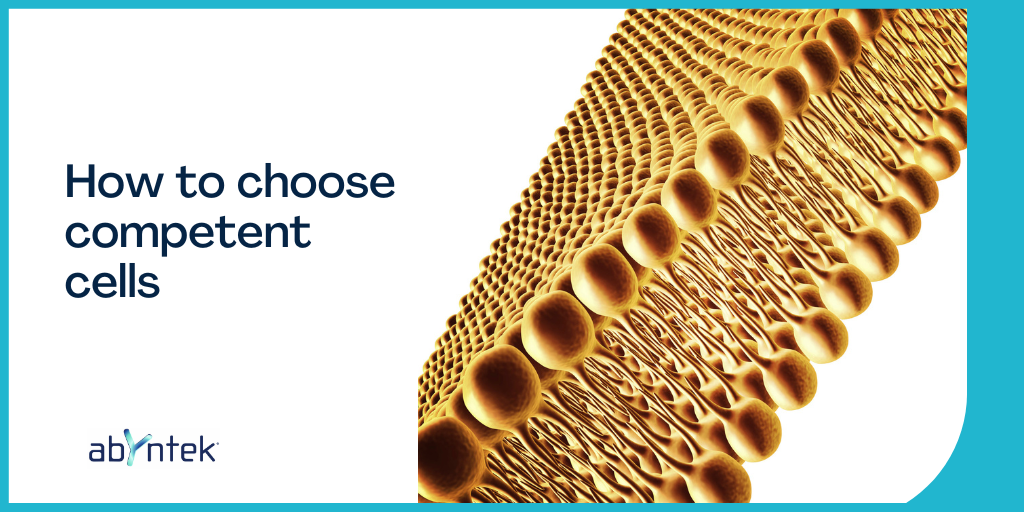 Competent cells are cells capable of absorbing endogenous DNA to introducing it into their interior. Once internalized, the DNA can recombine with its own genome, which is called horizontal transfer. Horizontal transfer is a mechanism of movement of genetic material between organisms such as bacteria. This movement has allowed the evolution of many organisms. A clear example of transfer is bacterial resistance to antibiotics, which is capable of spreading from one bacterium to another and thus gaining this quality.

The process to create a competent cell in the laboratory occurs mainly through two mechanisms, electroporation or chemical methods. Both cases consist of temporarily creating pores in the cell membrane so that the surrounding DNA can enter the cytoplasm.

Check our full range of cell lines suitable for your research.

Chemically competent cells are cells that have become competent by a chemical treatment.

Normally, this treatment includes the use of chemical agents that neutralize the negative charges of the phospholipids and weaken the bilayers. A heat shock is then applied that rapidly heats and cools the cell, helping the DNA to temporarily pass through the cell pores.

To transform electrocompetent cells it is necessary to have an electroporator in the laboratory. The electroporator delivers an electrical pulse to the cell that disrupts the lipid bilayer, causing it to realign. In this way, cell permeability increases, creating temporary pores that allow the entry of genetic material into the cytoplasm.

How should I choose between chemically competent or electrocompetent cells?

When performing an experiment with competent cells, it is possible in almost all cases to choose between cells that have been treated by the two methods discussed above. The first choice is the simplest, if an electroporator is not available in the laboratory, then the electrocompetent cells should be avoided.

The next step is to choose the strain that best suits our needs.

In this case, it is of importance to use cells highly efficient in transformation, such as DH5-alfa. These cells have been created to maintain the DNA stable, avoiding its degradation, which allows high cloning rates.

For recombinant protein expression and production, the most widely used cell strain is E. coli BL21. This strain does not own T7 promotor. However, BL21 DE3 strain it has a phage encoding for this promotor.

Phage libraries are very useful for screening proteins that bind to different ligands, or to produce antibodies avoiding classical techniques that use experimental animals. To generate these libraries or “display” the use of TG1 phage cells from E. coli is recommended. This strain is very efficient for phage display as it has been modified to not modify or restrict exogenous DNA.

When working with plant cells, the most used cell strain for cloning is Agrobacterium tumefaciens. There are different Agrobacterium cell strains available, however, GV3101 offers highly efficient transformation rates.

At ABYNTEK BIOPHARMA we advise you on those cells and reagents suitable for your research.