The role of inflammation in progression of breast cancer 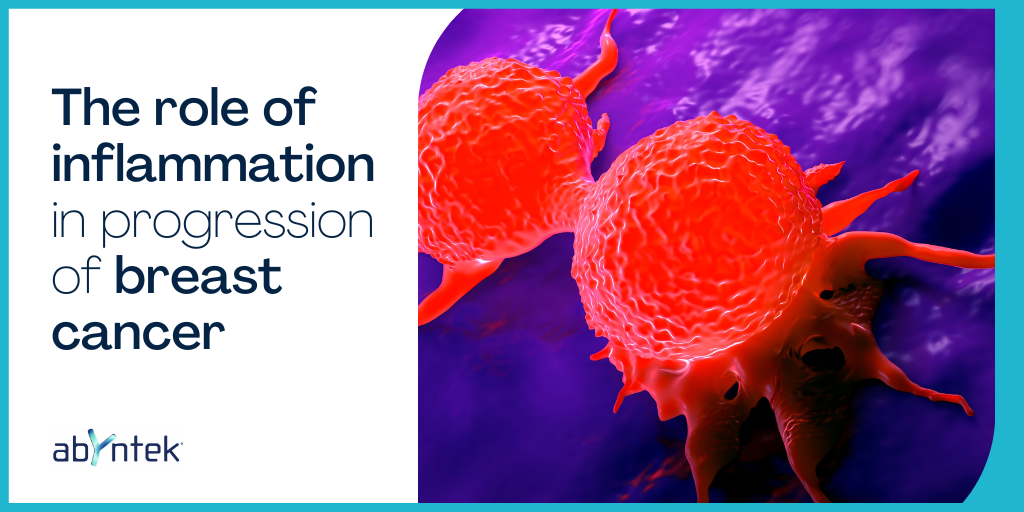 Breast cancer, caused by malignant transformation of the mammary epithelium, is currently the most common tumor in the world. It is estimated that, in EU countries, 1 in 7 women will develop this type of tumor before the age of 75.

Although 70% of cases are curable, metastatic breast cancer, which is the cancer that has spread to other organs and is suffered by about 6-8% of patients with this disease, is considered incurable. In addition, there are breast cancer patients who do not respond or have a partial response to chemotherapy and/or targeted therapies. These patients often relapse and have low survival rates.

In this context, the Breast Cancer Research Group integrated in the Oncology Area of BioDonostia HRI develops its activity. Its main interest is to study the molecular mechanisms involved in the progression of breast cancer and in the resistance to therapies, with the aim of designing new therapeutic strategies. In particular, his research seeks to understand how the different cells of a tumor (tumor cells per se, inflammatory cells, fibroblasts, etc.) communicate with each other, to favor tumor progression and dissemination to other organs (metastasis), in order to design therapies that silence this communication and thus slow down tumor progression.

Firm in its social commitment, ABYNTEK BIOPHARMA collaborates with this Research Group by allocating part of the turnover of its ABYNTEK RESEARCH REAGENTS line to finance projects that contribute to the fight against cancer.

It is a multidisciplinary team, formed by basic researchers and clinical professionals (oncologists, pathologists and surgeons), experts in the study and treatment of breast cancer.

One of its main lines of research focuses on characterising the role of pro-inflammatory cytokines and their receptors in remodelling of the tumour microenvironment and in the progression of breast cancer. Chronic low-intensity inflammation plays an important role in the pathogenesis of several cancers. Cytokines are key mediators of inflammation, and play a major role in tumor progression, angiogenesis and metastasis in breast cancer. In this project co-funded by Abyntek, they aim to elucidate the role of pro-tumour inflammation in metastasis and the possible implications of blocking this signalling to improve immunotherapy response.

Other line of research is focused on understanding the molecular mechanisms responsible for measuring resistance to hormone therapies in luminal breast cancer, which represents more than 70% of cases diagnosed. Antioestrogens are the backbone of treatment for these patients and resistance to this therapy is an unsolved problem with high therapeutic impact.

In this article we will go deeply into the research project on the role of inflammation in the progression of breast cancer, a project in whose financing ABYNTEK RESEARCH REAGENTS has collaborated, as a clear proof of its social commitment in the fight against cancer.

Two of the most urgent problems to be solved in oncology are the limited efficacy of current drugs in disseminated disease and the innate and acquired resistance to conventional therapies.

Cancer patients showing no response or a partial response to chemotherapy and/or targeted therapies often relapse and have low survival rates. In this sense, it is crucial to develop more accurate diagnostic tools to identify at the earliest stage those patients most likely to generate metastases. In fact, in most cases, cancer is still considered an incurable disease when diagnosed in advanced stages.

Specifically, breast cancer, originating from malignization of the mammary epithelium, is one of the most frequent cancers. It is estimated that, in European Union countries, a woman’s risk of a developing this type of tumor before the age of 75 is 10%.

Estrogen receptors (ER), progesterone receptors (PR) and overexpression of the HER2 oncogene are the most powerful biomarkers in distinguishing biological subtypes of breast cancer in terms of natural history, prognosis and, in particular, response to systemic treatments.

Generally speaking, ER-positive tumors are associated with better prognosis, in part due to the possibility of treating these tumors with anti-hormone therapies that selectively target these receptors. There are also specific therapies for the HER2-overexpressing subgroup and, although there are non-responders, treatment with monoclonal antibodies against HER2 has dramatically improved survival in this subgroup. Triple-negative breast tumors (those that do not express hormone receptors and do not overexpress HER2) are mostly treated with conventional chemotherapies (such as 5-fluorouracil, doxorubicin and paclitaxel), which have significant side effects.

Thanks to these advances, breast cancer mortality rates have decreased by 36% in the last 20 years. However, when breast cancer is diagnosed at stage IV (disseminated disease), only palliative treatments (without curative intent) are offered in most cases.

According to statistics, about 30% of breast cancer patients are diagnosed with locally advanced disease and 5-8% with disseminated disease. Additionally, 20% to 30% of patients diagnosed in early stages of disease will relapse with distant metastases.

The pattern of metastatic spread in breast cancer varies according to the different subtypes, which also determine important differences in survival after relapse. The most common site of metastasis for all subtypes is bone, except for basal-like or triple-negative tumors, which have higher rates of brain, lung and distant lymph node metastasis. Compared with luminal A tumors (ER and PR positive), HER2-positive cancer is also associated with higher rates of brain, liver and lung metastasis.

Regardless of breast cancer subtype, metastasis is nowadays the leading cause of death in breast cancer patients; making the treatment of metastatic breast cancer a major clinical challenge. In this context, the development of precision medicine and targeted therapies for disseminated disease are booming fields of research.

Recently, the OSM signaling pathway has emerged as a possible route of therapeutic action in breast cancer, since the expression of its receptor OSMR in patient samples correlates with worse prognosis and the activation of the pathway contributes to tumor progression in preclinical models.

The Breast Cancer Research Group within the Oncology Area of BioDonostia HRI, led by Dr. María Muñoz Caffarel, has characterized the role of OSM:OSMR interactions in tumor cells and in the tumor microenvironment in breast cancer. The results of this study have been recently published in the prestigious biomedical research journal JCI “The Journal of Clinical Investigation”. Read the full article here.

ABYNTEK RESEARCH REAGENTS supports cancer research. Our line of high quality bioreagents for oncology research includes more than 46,000 references of antibodies, proteins and ELISA/CLIA kits for the study of hundreds of biomarkers of different types of cancer.

If you are working on an oncology research project and you are a customer of the ABYNTEK RESEARCH REAGENTS line, you only have to fill in this form and submit your application for receiving funding. Your project could be selected to be funded by us.